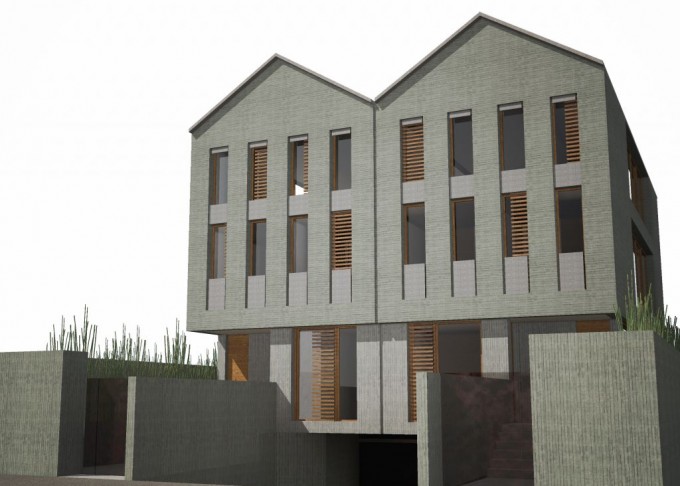 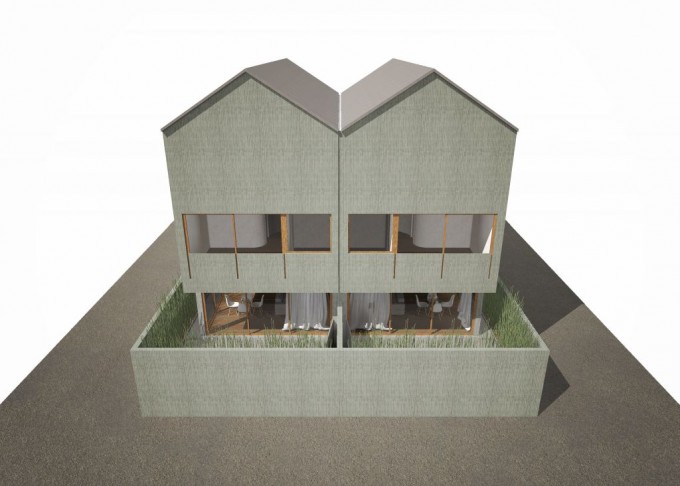 Construction of two semi-detached homes with gardens in the low-density residential area of San Miguel Village in Makati, Metro Manila, The Philippines.

The relationship with the courtyard and greenery becomes the core theme of the design, meaning that the houses are not built across the entire width of their façade, but rather they recede from their adjoining edges. This creates a garden courtyard at the side that can be accessed from inside both houses and that allows the properties to enjoy 360º of greenery.

The meticulously planned façade structure follows a classical order in terms of solids and voids, crowned by a steeply sloping gable roof.

The interiors of the homes feature wooden furniture elements which will be traditionally crafted with curved shapes to contrast with the linearity of the space. House in the seafront which enjoys spectacular views of the Mediterranean Sea. Its program is displayed around an inner courtyard that provides natural light and ventilation for the rooms that overlook it. This single-family home can be found next to the Parc de la Serralada Litoral, in a residential area in the Cabrils municipality, a coastal town close to the metropolitan area of Barcelona. Sebbah house. House opened to the landscape with sea views

Construction of a modern style house in Costa Brava

Construction of a two-storey house overlooking the sea in a sloping plot, in which the big star is the Mediterranean Sea, the reason why it has been built.