Tradition, vernacular construction and respect for a historic style

Can Freixes. Farmhouse (masia) in the Baix Empordà region 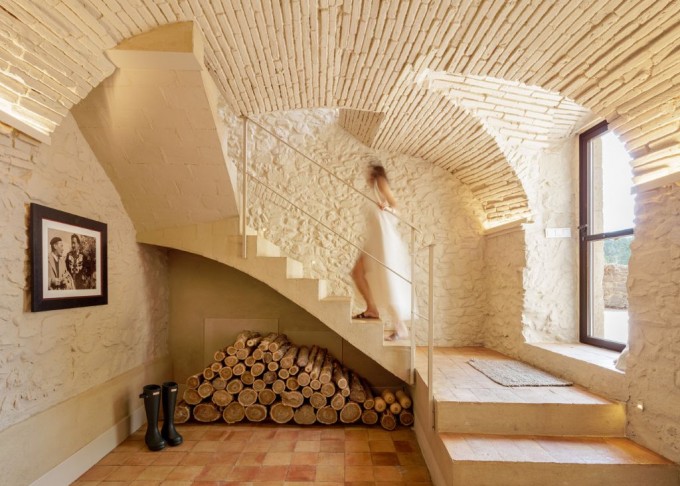 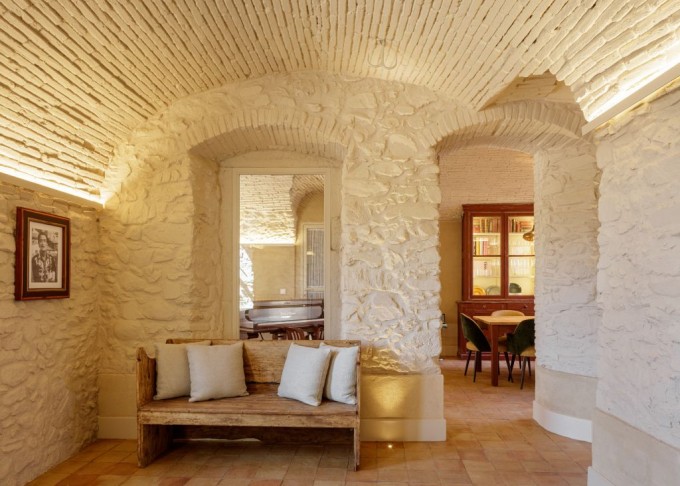 A masia is a rural building that is generally isolated and linked to family farms and/or livestock farms. They have been widespread across eastern Spain and the South of France for many centuries.

The layout and design of each of these farmhouses was logical – yet involved a certain level of improvisation – and followed a tailor-made plan based on the requirements of the inhabitants, so that each masia now has its own character and personality.

In terms of construction, the widespread use of stone and ceramics stood out. In most masias, a barrel-vault could be found on the ground floors (as in this case) to protect the wooden beams from damage caused by damp in the stables.

This project is located in the heart of the Baix Empordà region, surrounded by fields used for dry farming.

The farmhouse shares a wall with another larger one, which, together, once formed a single building. It underwent an extension in the 1980s that was far from traditional and distorted its image.

Therefore, the first starting point was to recover the essence of the masia, conserving and enhancing the few original elements (mainly found on the ground floor), while also improving the extension’s appearance as much as possible, to make it more representative of the style we are working with.

To achieve this, the ground floor level has been lowered and opened up to the land to the rear, the barrel vault has been filled in, the vaulted ceilings have been plastered – after breaking the ceramic vaults which make up the floor slabs – the impact of the use of grey-coloured stone has been minimised as it is not typical of the area, new exterior wall openings have been created, maintaining a certain vertical style, and an English-style courtyard has been created on the street-facing side, etc.

Reclaimed elements such as stone jambs and lintels, handmade ceramic tiles, doors, washbasins, sinks, fences, lanterns, fountains and furniture appear throughout the project, reinforcing the identity of the masia, in a setting of ochre colours and rough textures and materials. Complete refurbishment of a hundred-year-old traditional village house with swimming pool to rent, located in the heart of the beautiful Baix Empordà region, in the Costa Brava's well-known &#34;Golden Triangle&#34;. Renovation of country house in Empordà

A project in one of the many Medieval villages dotted around the beautiful Empordà region. This old barn, set in the narrow streets of a small rural village, will be renovated and refurbished. Swimming pool at a country house

Construction of a swimming pool in a rural setting

The project focuses on the construction of a small pool, fitting in with the garden area where it is located. The beauty of the surrounding setting demands great respect for the pre-existing state, with a need to imitate the colour and texture of all the surroundings.